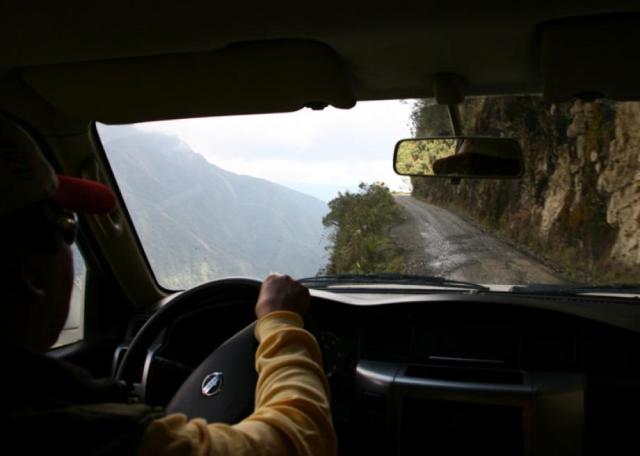 Fire ant torture in Bolivia and other bizarre happenings

Sometimes when I’m looking up one particular topic on the internet, I’ll come across something completely unrelated but equally compelling.  More often than not, this will lead to following thread after thread and finding out just what bizarre place I’ll wind up in.  Such was the case earlier today, and I just couldn’t help myself. […]

Ayaan Hirsi Ali and the shame of Brandeis University

Wishful thinking about the peaceful tolerance of Islam cannot interpret away this reality: hands are still cut off, women still stoned and enslaved, just as the Prophet Muhammad decided centuries ago. ~ Ayaan Hirsi Ali Ayaan Hirsi Ali is, despite the fact that I disagree sharply with her on some important issues, a remarkable woman. […]

Let me say up front that I firmly believe in the 2nd Amendment to the United States Constitution.  All citizens should feel free to come and go while bearing arms.  It’s a guaranteed right we all have under the highest of the founding documents of this country.  The way I like to phrase it is […]

North Korea is at it again…

It looks like the North Koreans are up to their old tricks again.  They’ve fired live artillery shells into disputed waters off the west coast of the Koreas south of a sea boundary; South Korea claims those waters, and so does the North.  South Korean Marines responded by firing three hundred shells across the boundary […]

Why I’ve decided to see the movie Noah

Some months ago while Skyping with friends that live  too far away to visit easily, I was told about the film Gravity.  I decided it was one I had to see on the big screen.  It’s perfectly fine for a movie buff like myself to wait for certain titles to be released on DVD, but some […]

President Barack Obama is, quite frankly, an embarrassment to the majority of Americans.  I would be wrong if I said he was an embarrassment to all Americans, although I should be able to say it, but remember, there are those who remain diehard supporters of Obama no matter what he says or does.  At times I wonder […]

On March 4, voters in Burlington, Vermont passed three new ordinances that have gun owners up in arms, no pun intended.  The first gives police the authorization to seize a firearm from anyone involved in a domestic dispute involving abuse.  The second makes it illegal to carry a firearm into a bar or restaurant that […]

Malaysian Prime Minister Najib Razak announced today that Flight MH-370 was lost in the southern Indian Ocean with no survivors.  He said, “This evening I was briefed by representatives from the UK Air Accidents Investigation Branch, or AAIB.  They informed me that Inmarsat, the UK company that provided the satellite data which indicated the northern […]

The Mars One Project

When I was a kid back in the sixties, it only took watching a couple of episodes of Lost in Space to get my attention.  I remember it aired each Wednesday night at 7:30 and you can be sure I was in place and ready for it to come on the television.  With the debut […]